From the “Hidden Treasures of the Costa del Sol” series.

The old Moorish sulphur baths at Baños de Vilo (Baths of Vilo) are about three kilometres outside Periana.

The baths are sometimes described as Arab, Moorish or Roman and no-one knows for sure how old they are. Certainly they were in use during the latter half of the 18th century and fulfilled the Koranic obligations for Muslims which obliges them to wash before prayer. I n the 18th and 19th centuries visitors were the nobility and high society from all over Spain. 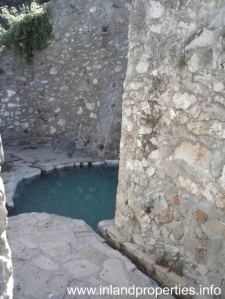 The medicinal properties of the spring water also attracted many people with skin problems and the brave can still bathe in the water which is a constant 21 degrees centigrade all year round. This temperature is about four degrees above the average for the area and means the baths can be classified as thermal. 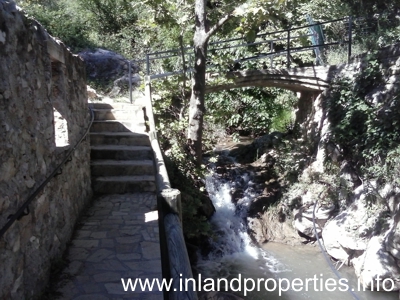 The underground supply constantly refreshes the pool and its sulphurous smell can be observed from quite a distance. Recent studies have shown the waters to contain: sulphites, chloride, calcium, sodium and magnesium and has a flow rate of .3l/sec.

The baths and associated buildings fell into disrepair in the last century and it was only after the purchase of the property by the Periana Council, about twenty years ago that repairs were undertaken.

The authorities in Andalusia now promote these type of baths under the name “Thermaland” and have decreed that they will “work towards promoting the touristic exploitation of mineral and thermal springs, and to renovate other abandoned baths.” 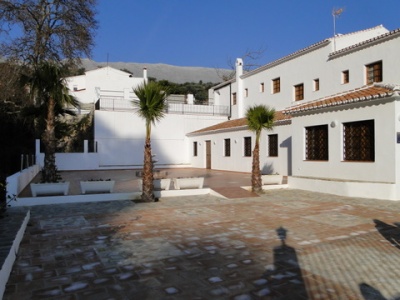 The hamlet of Baños de Vilo is attractive particularly in springtime with the surrounding land covered with wild flowers and a short detour will bring you to Guaro the source of the river of the same name. The river Guaro is important for the area in that it is the main supply for Lake Viñuela which dominates most views of the valley surrounding Periana. 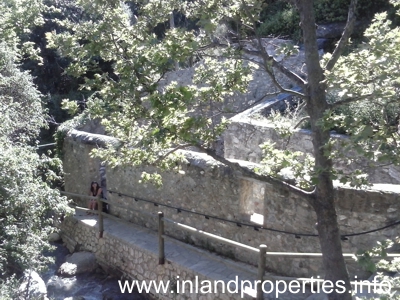 After a narrow entrance into the village of Guaro the road opens out and there is plenty of parking near the source of the river. A noisy waterfall at the base of the mountain wall directs the water flow down the river to the lake below.

There is one restaurant in this otherwise sleepy village where you can obtain refreshment and enjoy wonderful views of the valley.

To find the baths from Cantueso go to the village, turn right at the roundabout and then take the road towards Mondron. Just after leaving the village boundary there is a fork in the road and it is best to keep left signed to Mondron. After a short while you will see the turning right to Baños de Vilo which is signed, but not very prominently.

You will then find the baths on the left after a short while. The road is quite wide at this point and parking on the road is possible. To also visit the village of Guaro continue up hill and follow signs, about three kilometres more.